How to deal with peptic ulcer disease?

Peptic ulcers occur when the lining of the stomach and small intestine gets open sores. These open sores induce a lot of pain and discomfort and are sometimes a source of bleeding as well. Read on to know more about peptic ulcer disease and how you can prevent it:

As with the pathophysiology of almost all the gastric diseases, eating habits and lifestyle play a vital role. An important cause of peptic ulcer disease also lies with what we tend to eat. Ulcers form in the gastric lining when there is excessive production of gastric acid, or there is breakdown of the protective mucus layer. As a result, the stomach lining gets irritated by the acidic environment, and inflammation and pain ensues.

In our setting, Helicobacter pylori infections are a major cause of peptic ulcer disease. H.pylori spreads through eating unclean food and water, as well as, close contact. While many people who are carriers of H.pylori do not get ulcers, in some, it can break down the mucus layer and raise the amount of acid. This can end up causing severe and resistant to treatment peptic ulcer disease, which often returns despite treatment. 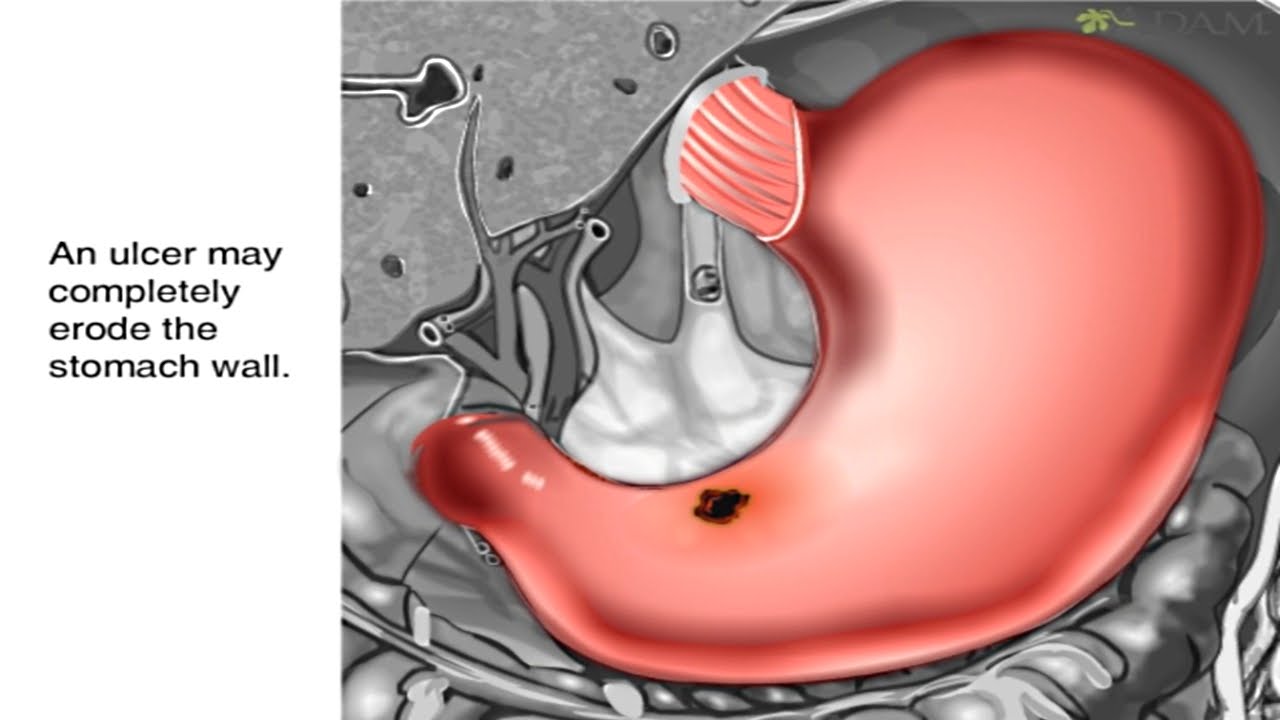 Frequent and indiscriminate use of painkillers also leads to peptic ulcer disease. NSAIDs like Aspirin can interfere with the protective mucus barrier over the stomach lining, which makes it vulnerable for the stomach acid. This also occurs with other NSAIDs like naproxen and ibuprofen, as they have the same mechanism of action, and occurs more often when these drugs are taken for a long time. For this reason, self-medication is often not a great idea, as seemingly harmless drugs can also have potential adverse effects people are unaware of.

Other types of painkillers like acetaminophen, however, do not have the same adverse effect on the stomach lining and are often prescribed as an alternate.

Stress can be an unavoidable risk factor and causative agent for peptic ulcer disease, as can be eating spicy food and smoking cigarettes.

What are the symptoms of peptic ulcer disease?

With excessive gastric acid production, there is discomfort in the belly, especially on an empty stomach. There can also be acid reflux in a recumbent position, especially at night, or on lying down shortly after eating. In severe cases, there can be a grinding pain under the breastbone, which goes away on taking antacids, but returns when the effect of the drug wears off.

Small ulcers more often only cause pain. However, big ulcers can be problematic and can show alarming signs like blood in vomitus, bloody or dark stools, or weight loss. If any of the aforementioned symptoms are observed, you should visit a hospital which has a multi-speciality panel as soon as possible. Mid City hospital is a good option in this regard.

How to manage peptic ulcer disease?

The goal of therapy in peptic ulcer disease is: to relieve the symptoms of the patient, and deal with the cause of excessive acid production. Small ulcers can heal on their own, but some ulcers can be recurrent if proper care is not taken. In most cases, treatment is tailored according to the cause behind the ulcer.

In case of H.pylori infection, a mix of antibiotics are used to kill the bacteria. Triple therapy is used—with two kinds of antibiotics, and one proton pump inhibitor, for some time for complete eradication of bacteria. Any interruption in treatment can lead to recurrence of infection, therefore, adherence and compliance are essential for treatment to be successful.

If the cause behind peptic ulcers disease is too much use of NSAIDs and painkillers, then their use must be tapered for relief. Reducing the dose of painkiller can also be effective; you can talk to your healthcare provider to switch your medication to one that does not disturb the gastric mucosa.

There are certain medications for peptic ulcer disease that help to reduce the secretion of gastric acid. These include drugs called: proton pump inhibitors (PPIs) and histamine blockers. PPIs help in reducing the secretion of gastric acid, and therefore protect the lining of stomach and duodenum, and allow it time to heal. In fact, PPIs are also used in fighting H.pylori infection. PPIs are great for managing peptic ulcer disease; however, they too aren’t without side effects. PPIs should be used only for the duration of the period they have been advised by the healthcare provider and not longer. Studies show that in Pakistan, many people self-medicate with PPIs, which is not a good thing in the long term. Examples of PPIs include: omeprazole, esomeprazole, pantoprazole, lansoprazole.

Another class of drug that helps to protect the gastric mucosa is called protectants. They work by coating the ulcers in a way that gastric acid cannot come in contact with the ulcer. Sucralfate is a commonly prescribed protectant that doctors use for peptic ulcer disease. Antacids can also be prescribed to help neutralize the acid already present in the stomach.

Peptic ulcer is a serious condition and requires immediate attention from a gastroenterologist. You should thus visit a hospital at your earliest with a competent gastroenterologist panel. The National Medical Center is one such facility.